Island of Hawai’i Hurricane News from the “Cradle” 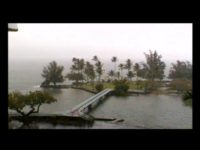 Update For my Family & Friends!

We received much stronger winds than our usual, and powerful gusts were pushed through Waikoloa with force! But in our little sheltered “cradle”, we had no major issues unlike those on the East, South, and North areas of the Island.

I understand that Kona is now getting quite a bit of wind and rain on the West, too!

The inches upon inches of rain that have hit and are hitting other parts of the Island went around us, due in large part to the Mauna Kea mountain shadow effect!

Not such a bad thing to be nestled close to the base of a nearly 14,000 foot tall mountain! 😀 Now we watch Hurricane Julio, and see where the “winds” carry!

Surprisingly, I didn’t see or hear news in the media of the ~Mag 4.5 Earthquake that occurred in Kohala at ~6:21am on Thursday morning the 7th of August!

While anticipating forces of Hurricane Iselle, a Mag 4.5 earthquake shook up the mix.

I would have had to be really “out-of-it” to have missed this one!

This was the first time in a long time that I felt one here at our house, let alone one this strong. It shook the house well enough to knock over a few items and REALLY got the Cats’ attentions!!! 😮

Ras had an unusually large diameter tail for a few seconds following the shimmy. It took both Ras and Electra a few more seconds to decide that dashing for cover was not necessary, and they went back to policing the garage for critters. 😎 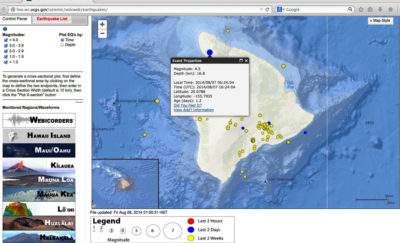 Details of a Mag 4.5 earthquake shook up the mix while Hurricane Iselle edged ever closer to the Island of Hawai’i!