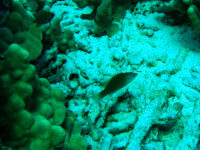 Go Diving with Us…

A collection of our photographs and video clips to take you diving…
at least a virtual experience:

On The Reef from Andrew Cooper on Vimeo.

Exploring the reefs of the Island of Hawai'i. A small sample of the creatures that inhabit a fascinating ecosystem. A little video, still photos and some appropriate music to complete the scene.

This is a substantial revision of an older version, now in full HD and with new photographic material. 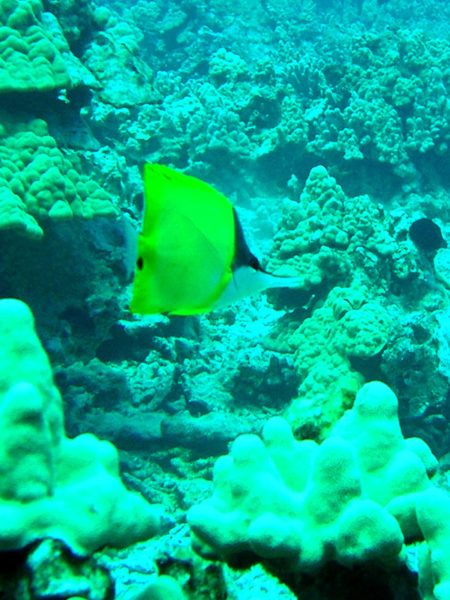 The unnamed beach where we made our entry. Photo by Andrew Cooper

Yep! Four-Wheel Diving on May 31, 2009 along the North Kohala Coast on the Big Island! Okay. Maybe the vehicles didn’t get wet; but it was quite the road to get to the dive site! 😉 Will we make it back up after we have exhausted ourselves in the dive?

Everyone in today’s group met at Kohala Divers at 9:30am, and we caravan up the Kohala Coast from there to find our dive spot for the day!

An Urchin shell becomes home to a small, very fast entity at 46ft.

We’re all here! We gather some suggestions from the dive shop personnel and we’re off!

~Check out one possible: Mmmm…NOPE.

~Check out next possible: Bump, thump…Mmmm…YIKES! No way!

This is p r e t t y! WOW! Let’s gear up and go diving! FIRST, we scout the area to get familiar with our surroundings and to find the best path of entry that is safest for marine life and for us!

Thomas is carefully taking a CLOSER look into the reef.

Okay, now let’s gear up and go diving! Slippery entry where the rocks have a thin layer of alga; but take it slow, one step at a time and the entry is fairly easy. Hmmm, the water is warming up as we move into summer. A little murky close into shore; but looks promising out a bit further on the reef – way out from shore. Oooooh! Now that is a pod of dolphins – spinner dolphins (Stenella longirostris longirostris) that is! My camera was not ready 🙁 But Andy’s was! If he ever puts it back on his blog, you can Check out his entry at DarkerView.com! 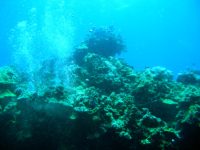 Bubbles over a Coral Seascape. Looking up from about 35ft.

Yes! We are starting to see more fish and less murk! 🙂 Okay, this looks good! Let’s go down here! When I get to the sandy bottom at 46ft, I find an Urchin shell that became home to a small, very fast entity that was in and out of the coral around it, then BACK in the Urchin shell. I was not fast enough (nor was my camera) to snap a picture of it in the short time that I dallied so an ID was not possible and there was so much more to see before I breathe my air tank to its safe limits. The sandy bottom and coral ‘walls’ along its sides made an interesting channel to explore. 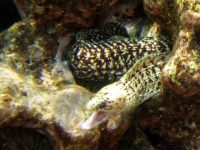 Eeeeek! We both seem to exclaim as I nearly put my gloved hand right on top of him in one (1) foot of water?! A Snowflake Moray (Echidna nebulosa).

Even though the sand did not have any life in evidence and it took a little while to get to where more fish were hanging out, the coral made it very picturesque! Towers or mounds here and there. Low coral ridges dotted about the sea floor. Although pictures cannot begin to do its beauty justice (even after some modifying), I did my best to capture an essence of what the dive was like in person!

Despite the particles and murk in the water, it was still something special to see!

Then we had made our way around a point of coral reef and found LIFE – Marine Life! The fish that had been scarce until now, some shells that still housed their inhabitants, live Urchins; and down in some caves, some LARGE Lobster, and other night dwellers! I photographed a Crown-of-Thorns Star (Acanthaster planci) at 30ft and it turned a nice red because I ‘Flashed’ it.

On my way to shore to get out of the water and make our way to lunch, I literally stumbled across a Snowflake Moray (Echidna nebulosa) by almost landing a gloved hand right on top of him or in his mouth as it would have been! Glad I still had my face in the water and was able to take pictures instead! 😀

Now to find my land legs again… What a great dive! 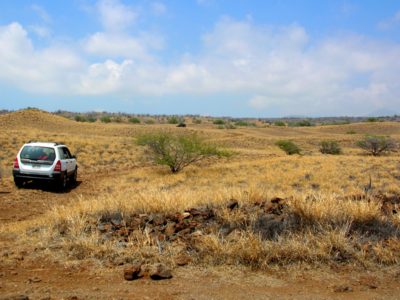 The long, winding and bumpy road back to the top.

Bubbles from the Deep …

In a coral reef habitat, any surface is a candidate for a new home! 🙂 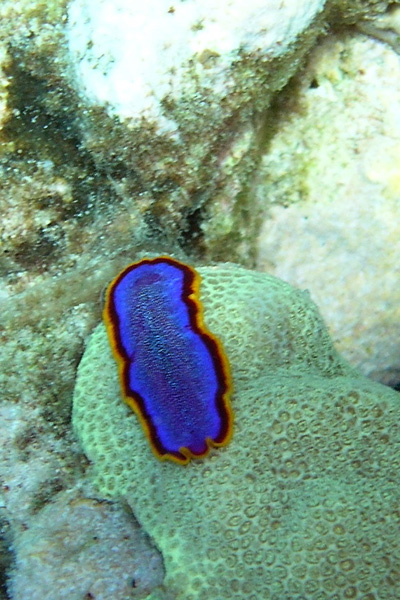 Fuchsia Flatworm (Pseudoceros ferrugineus) near the engine at about 12 feet in Mahukona Harbor, HI. 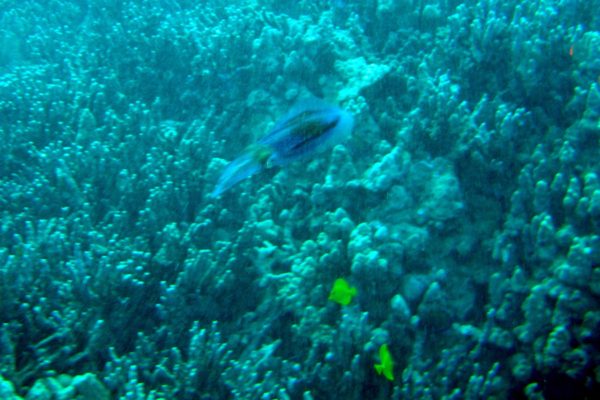