Home / Diving-Snorkeling / Volunteering / This Rubbish did not Soil my Dive! 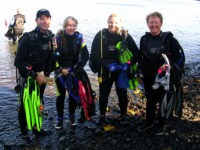 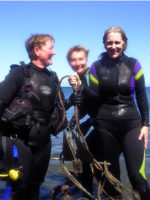 We saw a lot of ocean life in the shallow water dive while searching for rubbish as well. There were numerous juveniles of several fish species, one or two turtles, a beautiful patch of purple coral, some fancy algae; and some of us (I missed it) saw the Hawaiian Green Lionfish that was “camped out” under the pier next to the boat ramp!

Camouflaged Oyster – A feeling of belonging.

A GREAT way to get bottom time, and help the environment in the process! I had SO much fun that when I got home, I put the gear away; and promptly collapsed from a “good”, well earned exhaustion 😉 FANTASTIC DAY! 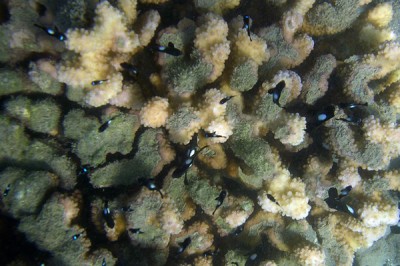 How Juvenile! 😀 … These and others were plentiful in the cove.

One Response to This Rubbish did not Soil my Dive!